Eddie Tipton, a former security chief for the Multi-State Lottery, is accused of scripting a computer program that allowed him to know in advance a winning lottery number for games of chance where winners are supposed to be chosen by random number generators. Officials have discovered Tipton personally purchased two winning tickets in Kansas in 2010 worth $44,000. Prosecutors believe Tipton's scheme involved several associates, including his brother, Tommy Tipton, a former Texas judge, and Robert Rhodes, a Texas businessman.  Eddie Tipton has already been found guilty of fixing lottery winnings totaling $16.5 million dating back to 2005.

Prosecutors believe Tipton fixed jackpots valued at $8 million in Colorado, Wisconsin and Oklahoma. The Kansas charges were added just this week. Tipton's attorney insists there is no evidence he used a computer program to fix lottery winnings and a three-year statute of limitations should bar any claims against him for alleged rigged winnings dating beyond that period.

Iowa officials first became suspicious of something untoward going on after a New York lawyer representing a newly created trust tried to claim the $16.5 million Hot Lotto jackpot on behalf of a Belize-registered corporation, turning in the ticket hours before a one-year deadline. The trust eventually withdrew the claim rather than identify the ticket purchaser. The case took a big twist when investigators recovered surveillance video showing a man later identified as Tipton buying the winning ticket. Investigators say Tipton passed the winning ticket to Rhodes, a Sugar Land, Texas businessman, who in turn gave it to a Canadian offshore banking expert before it found its way into the hands of the New York attorney who attempted to claim the winning ticket on behalf of the trust.

WRTV's Call 6 earlier this year questioned the statistically improbable number of repeat winners playing the Hoosier Lottery. A Portage man, Michael Cuculic, has won 323 times over the past 20 years, claiming prizes worth $1.2 million, mostly from playing the Daily 4 game. A statistician calculated Cuculic would have had to spend $320 a day, or a total of $2.3 million on tickets, in order to win at the rate he picked winning numbers. Another Portage man, Tom Hatch, won 35 times over a one-year period, claiming $154,850 in winnings. He also played the Daily 4. Cuculic worked at a liquor store that sells tickets, and Hatch's brother owned a liquor store where tickets are sold. William May, an Indianapolis man, had won 113 times for total winnings of $406,957, mostly from Daily 4 and Daily 3. 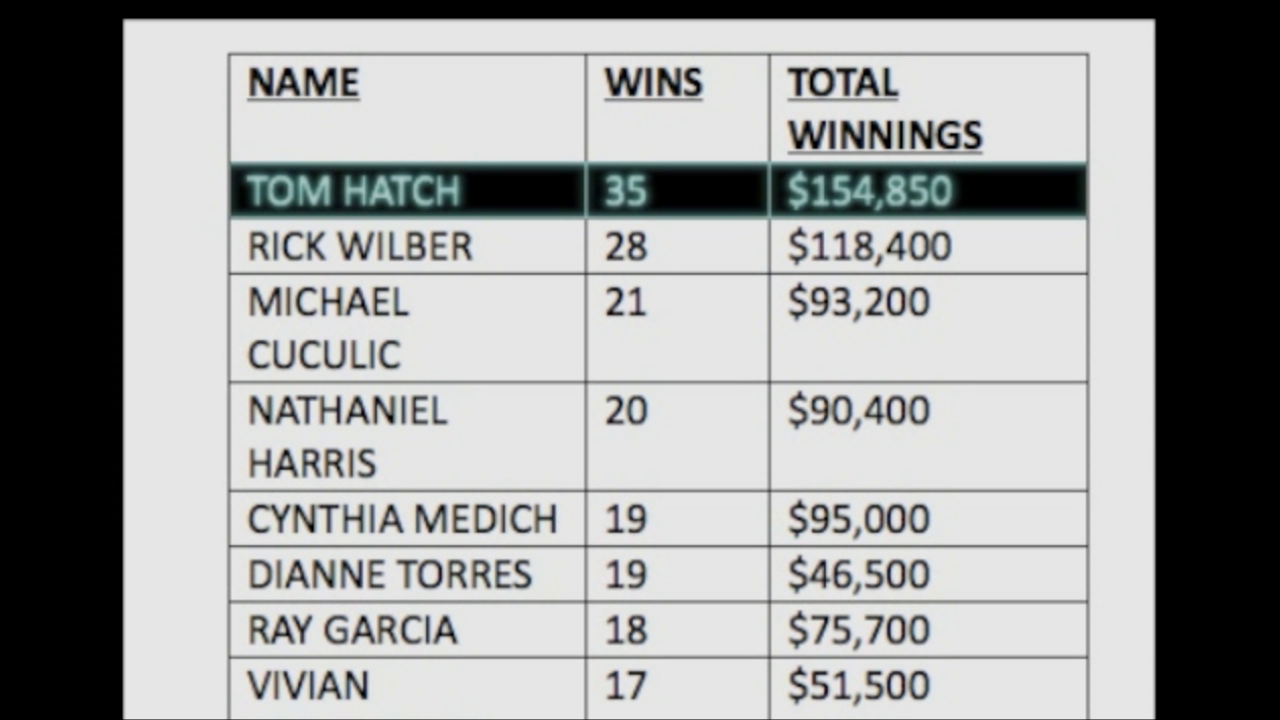 In the video above, you will hear a video blogger raising questions about the improbable repeat Connecticut lottery winnings by several of the victims' parents and local officials in Newtown, Connecticut in a time period near the Sandy Hook school shooting case in 2012 in connection with news of the Multi-State Lottery fixing scheme. Connecticut, like Indiana, has partnered with the Multi-State Lottery Association, which operates random number generators for about 37 states. Where I've always suspected the area of fraud would occur is not in the picking of winners; rather, officials would rig the winning numbers in big jackpot games to cause repeated roll-overs. As the jackpot prize grows, lottery players buy more tickets, generating greater revenues for the lottery. The privatization of state lotteries by states like Indiana provides an extra incentive to the private operator to engage in that type of fraud because of the penalties the private operator must pay if it fails to meet minimum revenue targets.
Posted by Gary R. Welsh at 6:19 PM

I've always considered government sanctioned lotteries as just another tax on the stupid. This tells me we voters (not just Indiana but nationwide) were stupid for allowing lotteries in the first place.

Once upon a time 500m in lottery money came up missing.....Hey Evan Bayh.....where did the money go?

Even nit wits in Alabama don't have a lottery. Also known as ignorance tax.

Sarah Taylor is the executive dir of the Hoosier Lottery. :-)

Mark Mattioli, who lost his son in the Sandy Hook massacre, is an NRA backer and spokesperson for 'gun rights'. The Mattioli clan and associates' multiple lottery win streaks predate the shootings.

One thing that bothers me about this is how the government outsources the lottery. A lot of fund raisers sell tickets in one place and those tickets are then redeemed in a different place like for food or games of chance,. This is done so that the people selling the food can not just pocket the cash.

Not hard, and would not add much to the cost of running a lottery.

It's unclear to me what exactly Sarah Talyor does since GTECH essentially runs the Hoosier Lottery through its privatization contract.