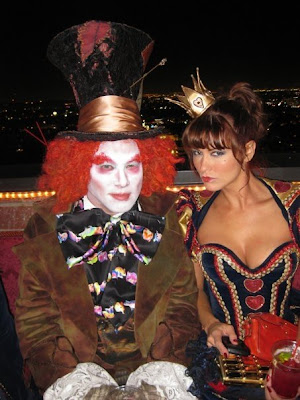 Watch the local politicians start running for cover. The FBI raided the offices of one of their biggest benefactors, Indianapolis business tycoon Tim Durham, this afternoon. FBI agents began carting off files from Durham's top floor offices in the Chase Tower. A separate raid took place in Akron, Ohio where Fair Finance has an office. They're investigating Durham's Ohio-based Fair Finance Company and Obsidian Enterprises. FBI agents are remaining mum about the purpose behind the execution of search warrants on Durham's business today. This Advance Indiana entry on an IBJ expose' by Greg Andrews last month will give you a pretty good indication of what federal agents are investigating. See also the following possible related entries here and here. According to a recent filing with Ohio securities regulators, Durham's Fair Finance proposed a new securities offering that raised a lot of red flags in light of the IBJ report. Ohio security regulators have been dragging their feet on taking action to protect investors despite ample warning signs conveyed to them by interested parties; however, Ohio officials are holding up approval of this latest offering until questions are answered. That may set off a chain reaction as Durham's company may have desparately needed those new funds to pay off old debts. Durham is shown above at a lavish Halloween Party he recently hosted at his new Hollywood mansion for National Lampoon, another one of his company's that has faced securities fraud allegations. Durham is dressed up as the Mad Hatter character from "Alice In Wonderland." The IBJ has an online update on this developing story here. Political fallout analysis: No politician is closer to Tim Durham than Marion Co. Prosecutor Carl Brizzi. New disclosures of the extent of that relationship that will emerge in the coming days will probably end his political career. Durham recently hosted a fundraiser for Marion Co. GOP sheriff candidate Tim Motsinger. Aspiring Democratic mayoral hopeful, Brian Williams, is a founding member and sat on the board of Obsidian Enterprises. Reporters may soon begin asking some local politicians "what do you know and when did you know it?" Look for campaigns to begin purging themselves of Durham campaign contributions in short order. Brizzi has pocketed more than $150,000 in campaign contributions from Durham.
Posted by Gary R. Welsh at 4:25 PM

Saw an @indystar Twitter asking about the FBI raid at the Chase tower. Guess this was it.

We all knew the feds would eventually crack down on public corruption in Indianapolis. I wonder if this is the first salvo.

Are the Servaas' completely out the picture?

And he's an Ice Miller alum, which links him to the Ballard Inner Circle and both the D and R local parties heads, all loaded with Ice Miller folks.

Not a salvo but just a trickle. The watershed will be huge in many areas yet to come!!!!!

Melyssa, I doubt there would have been an FBI raid today if the SerVaas' weren't completely out of the picture. Timmy's on his own now.

Man, Indiana's Conservative Hardball had an unusual reaction to this:

But, as Paul mentioned a while back, there aren't any bloggers out there actually defending the Mayor's actions. So when you can't defend, just attack.

Crap, I posted it in the wrong blog post.

some politicians, mainly Repubs, and one indy, are no doubt quite perturbed that these pics exist!


oh, is this the end of brizzi's rise in fame?

power to the people!