System Would Have Allowed Rokita To Vote Twice 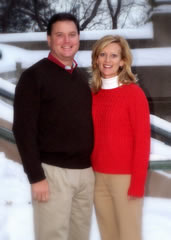 A quirk in the voter registration system points up how the man in charge himself, Secretary of State Todd Rokita, could have voted twice in Indiana's May primary election. The Ft. Wayne Journal-Gazette picks up on the story:

Call it a quirk or an oversight or just downright hilarious. Republican Todd Rokita – Indiana’s secretary of state who travels around the nation touting the integrity and accuracy of Indiana’s election system – was listed in two Marion County poll books during May’s primary election.

That means he could have voted twice.

He didn’t, of course, but it’s still a curious development.

Rokita, who formerly lived in a downtown condo above a gay video store on Massachusetts Avenue as a bachelor, recently moved to Pike Township after getting married last year. As it turns out, Rokita did not change his voter registration address until late in the process according to Kelly. On election day, he appeared in the poll books for both precincts. Marion Co. Democrat election commission member Joel Miller blames Rokita's new statewide voter registration system (SVRS), which he says should have automatically deleted his name from poll registration for his old precint when he reported the change of address. “Todd becomes the poster child for another quirk in the system,” Miller said. “There was nothing insidious, just funny.”

Paul Okeson, chief of staff for Rokita, had a bit different take.

He said the county had two options by law – reprint the poll books at the last possible moment (and at considerable taxpayer expense) so all the “pending” applications would be final, or send out a list to the poll locations the morning of the election with old registrations that should be redacted from the book.

Apparently, Marion County did neither, he said. “It wasn’t a system issue. The county had choices,” Okeson said.

Okeson also used the issue as an example of why the voter ID law is so important. He notes that Democrats have opposed a "maintenance mailer", which is designed to get rid of duplications in the voter list.
Posted by Gary R. Welsh at 10:26 AM

I was a bit surprised to see a Rokita booth at Pride yesterday. What was that all about?

Rokita actually adopted a non-discrimination policy for his office which covers sexual orientation when he first took office. It's funny though. The parade passed right by his former condo on Mass Ave. and yet he would never participate in the event.

I, too, saw the Secretary's booth, and quizzed the two booth workers. It took a lot of nerve to show up, and trumpet the Voter ID law in one of their brochures...I do admire their attendance, and Rokita's adoption of a non-disc. policy. But Rokita's push for the Voter ID law is shameful. The two booth worker, straight (no punintended) out of Central Casting, were clueless about this new law. Just like their boss...

I agree with your other posts, AI, that this Pride was remarkable. Lots of friendly folks, even in the rain. The organizers should be thanked.