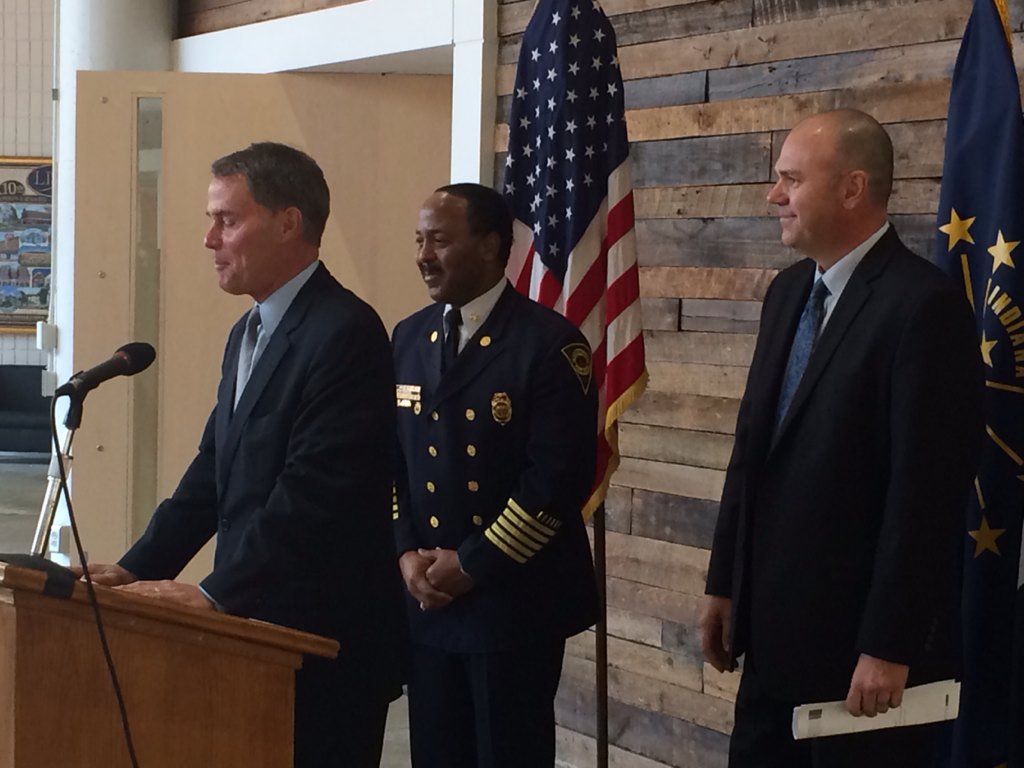 Joe Hogsett refused to indicate during his recent campaign whether he would retain Rick Hite as chief of the Indianapolis Metropolitan Police Department, which many observers took as a signal he had someone else in mind for the job. Hogsett made that announcement today. He's tapping former Public Safety Director Troy Riggs to assume the role as IMPD's new chief on January 1. IFD's Ernest Malone will continue in his role as fire department chief. In a departure from Ballard's management of public safety agencies, Hogsett also announced that the police and fire chiefs would report directly to him and not a public safety director. Hogsett says he is working with Dr. David Wantz, the interim director of public safety Ballard named after Riggs stepped down from that position earlier this year, to help reorganize the public safety department. Referencing the "public safety crisis" Indianapolis is currently experiencing, Hogsett's announcement of his choice of Riggs leaves little doubt he lacked confidence in Hite's management of IMPD.
Posted by Gary R. Welsh at 2:54 PM

Wasn't Riggs the one brought to Indy a few years ago to reform the police dept? If that is the case it did not work. My neighborhood is scared and ready to head to the burbs.

So now we are going to have two people paid at the Chief rate? Great

Where do you surmise that? There is one police chief. Hite is out. Hite has no merit rank within the department to return.

From the Star when Riggs bailed on the city in July: "To me, it's an opportunity of a lifetime," Riggs said. "IUPUI offers tremendous opportunities to gather data and to explore solutions to a lot of the systemic issues that we're facing, not only as a city, but as a nation."

This guy is a shylock, a shameless self promoter. This seriously calls what's left of Hogsett's integrity into question. LOL.

Actually it was Straub who was brought in to "clean up" the image of the police department.

And then there is the 14 perfect scores on Promotions within the Police Department.
Whats going to happen with the Indianapolis Homeland Security Straub invented?

Hogsett is shameless. And the beat goes on...