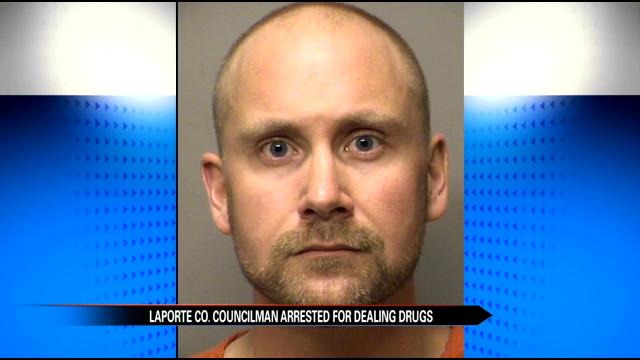 Indiana  is really shining these days. The vice president of the LaPorte County Council, Matt Bernacchi (D), was arrested on preliminary charges of dealing marijuana from his car in Valparaiso. According to a local TV news report, Bernacchi arranged to make the drug deal with an undercover police officer on Facebook. ABC 57 reports that Bernacchi ranted on Facebook last year that the police were harassing him when he was ticketed for driving 70 mph in a 55 mph zone. LaPorte County Democratic Chairman John Jones has called on Bernacchi to resign according to the South Bend Tribune. The Tribune reports Bernacchi was also arrested for drunk driving in 2010 but only sentenced for reckless driving under a plea agreement.
Posted by Gary R. Welsh at 6:06 AM

This doesn't surprise me at all.

Illicit drug use is everywhere. Politicians,cops,CEO's,owners of billion dollar sports franchises and even amongst staff within the offices of prosecutors.

And I thought Shaw Friedman was the County Demo
chair who ran everything.