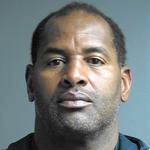 A north suburban Chicago police officer arrested former Chicago Bears defensive end and Super Bowl XX Most Valuable Player Richard Dent for driving 107 mph in his 2010 Range Rover on the Edens Expressway where the speed limit is 55 mph. The stop occurred at 1:55 a.m. yesterday morning. Dent was described as "very cooperative" during his arrest before he was released after posting a bond. If Dent was a captain for the Indianapolis Metropolitan Police Department, he would have gotten a free get of jail card and a pat on the back by Chief Rick Hite.
Posted by Gary R. Welsh at 6:06 AM

No one says it better than you, Gary. You are correct that "...If Dent was a captain for the Indianapolis Metropolitan Police Department, he would have gotten a free get of jail card and a pat on the back by Chief Rick Hite..."

I watch and listen to this Rick Hite on the telecast and streamed news and I always find myself wondering if we have could have found for IMPD Chief a more incompetent and half-educated human being.

I love a challenge.

for IMPD Chief, I would think that Frank Straub would fit Anon 6:17 comment.

Has Frank gotten fired from his new job yet?

And while Straub may not have been the best choice for the City, at least Straub had the sense to oppose the ROC at Eastgate where Ballard's buddy attorney and GOP hack David Brooks wrote the one sided lease that to this day financially rapes Circle City taxpayers.