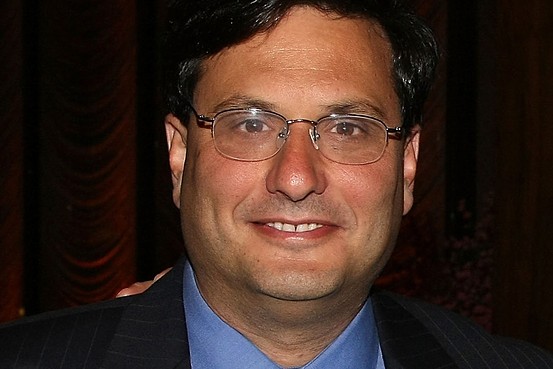 The People's Republic of Barack Obama today announced that a Central Indiana native and certified political hack, Ron Klain, will assume a new title as "Ebola czar." Klain is a North Central High School graduate with a law degree from Harvard. Do we no longer have a Surgeon General? What kind of medical experience does Klain have? CNN reports on more of the same kind of bizarre stuff you just can't make up.

The president on Thursday signaled his openness to the idea to have one individual coordinating the entire federal response to any threat of an outbreak in the United States.

"It may make sense for us to have one person ... so that after this initial surge of activity, we can have a more regular process just to make sure that we're crossing all the T's and dotting all the I's going forward," Obama said.

The administration has been criticized for its response to the incidents of Ebola in the United States, in terms of how prepared hospitals have been for potential Ebola patients and also how prepared healthcare workers were in terms of their personal protective gear. Some lawmakers have called for a travel ban on individuals coming from West Africa where the outbreak is most serious but the administration has so far not embraced that idea.

Klain is highly regarded at the White House as a good manager with excellent relationships both in the administration and on Capitol Hill. His supervision of the allocation of funds in the stimulus act -- at the time and incredible and complicated government undertaking -- is respected in Washington. He does not have any extensive background in health care but the job is regarded as a managerial challenge.

He will report to both White House homeland security adviser Lisa Monaco and National Security Advisor Susan Rice, according to a White House official.

A former chief of staff to Vice President Joe Biden and also to then-Vice President Al Gore, Klain is currently President of Case Holdings and General Counsel of Revolution, an investment group. He has clerked for the U.S. Supreme Court and headed up Gore's effort during the 2000 Florida recount. He could not be reached for comment on Friday.

I don't know about the rest of you folks, but I've come to the conclusion the Ebola scare inside the United States is nothing but a big hoax on the American public. A guy easily boards a plane from Liberia to America after being exposed to several people who died from the disease before contracting the disease days later after he arrives in the U.S.  Despite being confined for days in a small apartment in which he came in contact with a number of family members and outsiders where he was blowing chunks and crapping non-stop from diarrhea, none of those unprotected people become infected.

Despite wearing the mandatory protective suits, two nurses who helped treat Thomas Eric Duncan before he died come down with the disease but not before hopping on planes and jaunting all over the country, one of whom was actively sick with the disease when she boarded a plane. Then we have this spectacle of one of the sick nurses being boarded on a plane by persons donning all of the protective gear while another guy with a clipboard, a supposed medical supervisor, comes into direct contact with the patient on the tarmac and then boards the plane without any protective gear. Did someone in wardrobes and costumes screw up? To add to the frivolity of it all, we're treated to a video recording of one of the supposed sick nurses, Nina Pham, who looks happy and healthy, invites us to come party with her in Maryland.

It seemed incredible to me as someone who survived a very serious illness after 10 days of hospitalization during which I required a ventilator to breath that Dr. Kent Brantly, the 33-year old doctor formerly from Indianapolis who became infected with the virus while helping treat victims in West Africa as part of the Doctors Without Borders project, could walk out of a hospital in Atlanta on his own looking quite healthy after supposedly being on his death bed for nearly three weeks while being treated with an experimental drug, ZMapp. Hell, he even walked into the hospital on his own after being flown across the Atlantic Ocean to Atlanta after being stricken by the disease. Perhaps it's all too incredible to believe.

The entire article resonates with me, Gary... but especially two points:

"The Peoples Republic of Barak Obama" made me howl because that is a perfect description... BO is a petty tyrant enabled by the lib left Democrats (and the RINO "R's"). Your salient point about ebola very likely being one huge hoax on the American public is something I suspected the moment ebola began to be "leaked" to the mainstream consciousness.

Ebola has been known of since the 1970's so if it is really that virulent it would have decimated the world by now... no matter the "effective" containment measures we are told have occurred in many African countries...

i would have put the indy star's Justice Center article way above this in terms of lack of disbelief. How can they put out 0 costs and no tax increase to fund this crap.

No, we do not have a surgeon general, not for more than 15 months.

Remember the mantra of the republican party is pocket before party, Party before Country.

But FYI, Klain is highly regarded at the White House as a good manager with excellent relationships both in the administration and on Capitol Hill.

His supervision of the allocation of funds in the stimulus act -- at the time and incredible and complicated government undertaking -- is respected in Washington.

"The mantra of the Republican Party is Pocket before Party, Party before Country."

I suppose the Local Media will be giddy with all their usual fawning praise about this Hoosier Connection.

Political Hack does not seem to be a strong enough word for this appointment. Just one more of the Clinton Era retreads Obama has brought on board. Well connected to Gore, William Daley and Rahm Emanuel.

What exactly does Ron Klain bring to the Ebola Fight?? Nothing. You would think the selection would have had as minimal requirement a person with a Medical Background in infectious disease. Instead we get someone who will manage a political crisis rather then a Medical Crisis.

Give me a break.

Where is this nonsense originating that there is only one political party motivated by personal greed above all else?

The truth is that Democrats are no less greedy and certainly no less dedicated to their own pockets before Party and Country than anyone else. The Democrat party is the party bought and paid for by multi-billionaire leftist socialist George Soros. {But..but.. "what about the Koch brothers??" Always point the finger the other way... the usual liberal modus operandi).

Only Democrats could adore a one man war against women embodied in WJC who sexually manipulated so many women for his personal gratification... and then lied about it. He lost his law license for half a decade in the sentence a judge handed down for WJC's proved dishonesty. Only a Democrat would sell our high-technology expertise [go look it up] to the Chinese in the 1990's (against all warnings not to do so)- it's no wonder China is on the ascendancy.

The "two" major parties are little more than the SAME party merely working left and right aisles and have completely snookered some fools into believing one "cares about the poor" and the other "cares about the rich"... when all they care about is selling out to anyone who will abet these politicians to enrich themselves.

We have a completely incompetent, America-hating White House inhabitant who constantly mingles with uber-wealthy Wall Street millionaires and billionaires at multi-thousand dollar per plate money raking events. Events, by the way, at which you will never find everyday people like you and me.

Liberals love catchy meaningless abbreviated slogans as banners for their philosophy most likely because so few liberals are able to critically think. They "feel"... which is utterly anti-science when you get right down to brass tacks. But's that's Democrats for you... anti-anything other their own political and personal prejudices.

BOTH MAJOR parties are the same party lining their same pockets. It's as simple as that. Neither major party as they stand are friends to everyday Americans.

The debasement of our money supply, the ENORMOUS increase in our federal debt ("but.. but.. but.. "what about Bush?"... but but..but.."what about Reagan?"), the unbelievable reduction of esteem for this nation by other countries ... we've been set on a collision course to calamity and this is not going to end very well. Which party strengthened the Patriot Act- eroding even more of our personal freedoms- after viciously attacking it while Bush was in office?? Which party wants to eradicate our First Amendment rights with a proposal now pushed by Reid, Schumer, and Durbin and Pelosi and the rest of the Senate majority?