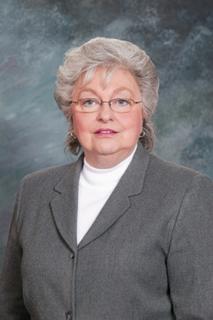 State Senator Pat Miller (R-Indianapolis) continues her legislative obsession with sex. In between her crackdown on swinger's clubs and gay adoptions, she has sandwiched regulation of reproductive rights. The Fort Wayne Journal Gazette and numerous area blogs have Indiana's GLBT buzzing about legislation Miller has proposed that would prohibit gays, lesbians or any single adult from using assisted reproduction to have a child. Niki Kelly reports that the legislation "puts Indiana in the middle of a national battle over reproductive rights and promises to be contentious." Betty Cochrum of Planned Parenthood of Indiana is more blunt: "If we’re going to try to put Indiana on the map, I wouldn’t go this route . . . It feels pretty chilling. It is governmental intrusion into a very private part of our lives.”

Miller, who is a nurse by trade, told Kelly that "Indiana law currently has no regulations regarding assisted reproduction and should have similar requirements to adoption in Indiana." She added, "Needless to say it’s going to be enormously controversial and difficult." Miller is the chair of the Health Finance Commission, which will vote later this month whether to recommend its adoption to the General Assembly. But Miller can still offer the legislation with or without the Commission's stamp of approval.

Jeffnewman.net reports that Laura McFee reporting for Nuvo will write in this week's edition that Miller said of the legislation: "We did want to address the issue of whether or not the law should allow single people to be parents. Studies have shown that a child raised by both parents - a mother and a father - do better. So, we do want to have laws that protect the children." Her comment should come as no surprise. Miller's contempt for gays and lesbians is not new, as is evidenced by her past voting record and legislative proposals in this area.

Cochrum speculates that the chances of the bill's passage next year are slim, but the anti-gay agenda has taken front and center since Brian Bosma became Speaker of the House last year. Senate President Pro Tempore Robert Garton (R-Columbus), a moderate, had in the past kept controversial social legislation such as Miller's latest idea bottled up in committee. However, last year he openned the flood gates up under pressure from an increasingly conservative Senate Republican caucus and Advance America's Eric Miller.

Sources tell Advance Indiana that Eric Miller did not have his fingers on Miller's reproductive rights proposal; rather, it is an idea she has pursued on her own without prodding from the Christian right. Though Advance America and all the other conservative religious organizations are sure to offer her all the assistance she needs in getting it past.
Posted by Gary R. Welsh at 6:40 PM

That cloud of dust you see was kicked up from Indiana's college educated and/or progessive citizens leaving for more tolerant climates.

Yeah, I'm about to leave my own dust trail as soon as my mother-in-law passes away (not that I'm rooting for that) since she is the last of our, mine and my wife's collective families, from that generation ancoring us to this hopeless state. I'm tired of feeling like a tiny speck of blue in a sea of red! The typical republican mindset is so conflicted that if you were to look at the average republican's psych evaluation on paper you would consider them to be of unstable mind. It is getting a little nerve racking to be surrounded by the "Stepford Wives" and the rest of the rightwing zombies, all of whom have seemingly drank the conservative coolaid!!! Its disgusting and more than a little depressing after a lifetime of being browbeaten by their self-rightious littany and lack of any true foresight, insight and understandering of how the world actually works despite what they want to believe. Now if we could just get them all to move to preapproved states of their choosing like Indiana, Texas etc. So that the rest of us could live a moderate, modest life in peace and quiet I myself, and probably more than just a few others, could at long last find peace and contentment anywhere else.

Miller's sponsorship of the massage licensing law should be included in this. It certainly isn't to protect consumers from massage harm since no consumers complain to the state. The board mostly prevents people from working who don't have insurance, or who have been arrested for drugs, OWI, or prostitution. It's great for preventing competition, and Republicans loathe free markets in practice.