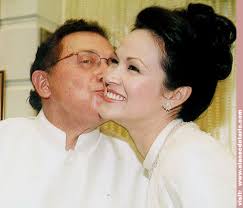 Those industrious Simon brothers picked up the Indiana Pacers for a little more than $10 million about thirty years ago. Thanks in part to the hundreds of millions of tax dollars Indianapolis taxpayers have been forced to give to the billionaire Simon family, the NBA franchise is now estimated by Forbes to be worth $830 million. That is a 75% jump in estimated value in the last year alone due to the big jump in purchase prices for recent NBA ownership changes in L.A. and Milwaukee.

Thanks in part to the latest sweetheart deal our corrupt Capital Improvement Board signed with the Pacers, Indianapolis taxpayers are being forced to subsidize the team over $200 million during a 15-year period based upon the argument the franchise is bleeding cash, which is nearly as much as taxpayers spent to build Banker's Life Fieldhouse, the publicly-owned arena the team gets to use exclusively as their own profit center without paying a dime's rent for its use. This is what happens when greedy billionaires are allowed to buy virtually every elected official in America. They get richer, and we get poorer.
Posted by Gary R. Welsh at 4:18 PM

I wish Mr. Simon would just move those thugs to Oakland, a far more fitting location for them.