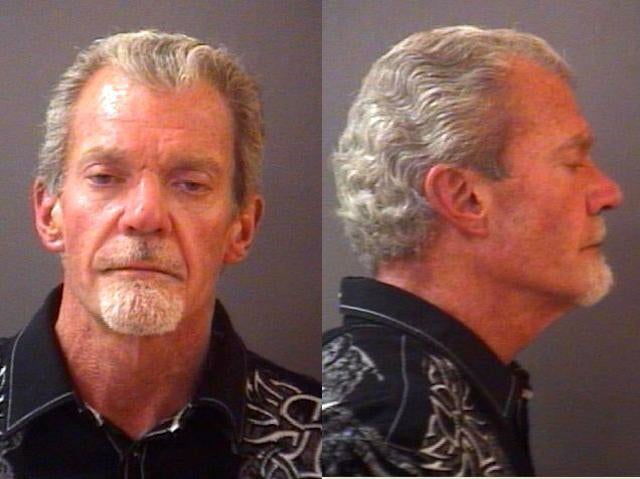 The average guy on the street would have gladly pleaded guilty to a misdemeanor offense for operating a vehicle while under the influence as Colts owner Jim Irsay did this morning, but that offer would likely have not been made to a typical offender. Irsay had originally faced felony charges after a Carmel police officer stopped him for driving under the influence and found multiple controlled substances in his possession and more than $29,000 cash. The Hamilton Co. Prosecutor's Office inexplicably dropped the felony charges despite Irsay's known history of prescription drug abuse to a simple misdemeanor charge for driving his vehicle while impaired. Irsay received a 60-day suspended sentence, lost his driver's license for a year, will have to serve one year of probation and pay a fine and court costs of $368.50 under the terms of a plea agreement he reached with the prosecutor. It remains to be seen what punishment the NFL will mete out to Irsay.

UPDATE: That was quick. The NFL announced today following Irsay's plea agreement that he is being fined $500,000 and suspended for six games.
Posted by Gary R. Welsh at 11:42 AM

Plea deal prior with the drug busts happening with Physicians being disclosed and caught? Perhaps Irsay cooperated for the information on who, where, when and how...Ponder that...Federal level did the busts on those distributors of meds...Not local authorities...

A complete travesty and, sad to say, one that was not at all unexpected. If local and state authorities wonder why the people have NO respect for
the vast majority of them or the laws they pass to be adhered to by only the everyday citizen... well, this story is the poster screaming out for justifiable wholesale civil disobedience by we the ordinary citizens.

Animal Farm in its most obvious and blatant display.

And I am willing to bet the foolish citizenry will continue to throng to LOS, pay outlandish entry prices for Colts tix, beer, and carney food- and the phony politicians will continue to accept free tix to lavish private boxes and parties from the drug addict.

Let billionaire crony Jimmy the Pill Popper foot the bills from now on.... he can dole it out from his handy-dandy bag o' loot.

He ought to be ashamed of himself for accepting a sweetheart deal. To whom much is given much is expected in return. Accepting a slap on the wrist from his home county prosecutor because he’s the famous owner of an NFL team, a big shot with a big shot lawyer is the coward’s way of doing things. Is this what he wants us to think of him? That he’ll use his position to get away with things. And this prosecutor. Not really representing the people. More representing the political interests of the guys in the prosecutor’s office. Nobody wants to make an enemy of Irsay and his lawyer and his team. But everybody knows its a slap on the wrist. It smells bad. This deal. It’ll make national press. And its one more thing that will define Indiana and its justice system, its ethically challenged lawyers, ineffective prosecutors and bad judges. So I object. I do. I’m just an Indianapolis landlord, so my opinion doesn’t matter to the big guys up in Hamilton County. But I’m well educated. Successful. And my great grandparents settled here, so we’re 6 generations in this State now. I don’t think too much of professional sports team owners. And now I think even less of them.

C'mon guys, you know better than this stuff. The drugs were his. I agree 100% that perhaps the doctors need to be looked into, but how do you prosecute someone for illegal drug possession when he is legally possessing the drugs? Those charges HAD to be dropped. Is it excessive to have that many pain pills? Hell yes. But when you have the legal right to possess them, you can't be said to be breaking the law.

And if you think this sentence is odd or he got special treatment, you haven't been paying attention to Hamilton County lately. Look at Mario Massillamany. Guy got a felony DUI and did ten days in jail. Then 90 days of house arrest. Wow, I'm sure he's learned his lesson this time. How long until that guy kills someone? I guess sooner or later we're going to have to admit these low sentences aren't odd anymore. But Jim Voyles is the one constant between those two cases (other than starring guys with substance abuse issues). That isn't to say Voyles does anything improper, just that Hamilton County clearly is afraid to go toe to toe with him.

Hamilton County used to have the distinction of being tough on crime. Not so much anymore.

Anon, 12:56, If you're talking about the doctors arrested in the "cash and carry" prescription drug fraud case up in Carmel, that case is being locally prosecuted. The DEA participated in the investigation, but the charges were brought by the local prosecutor. There was no connection as I understand it between that investigation and Jim Irsay.

12:56: Good point. Why not just local police doing the investigation...Irsay probably didn't know the DEA was involved and didn't talk...Speaks volumes of Federal level of involvement. More to come on this story and the rancid past of deaths as well

What you are witnessing is fascism in action. Most likely, the Hamilton County Prosecutor coordinated its efforts with the NFL, found the proposed NFL punishment to be sufficient and acquiesced to closing its books with a titular prosecution on the record.

Given that Irsay is a "community leader," it was likely seen that two substantial punishments would have been excessively burdensome.

Like father...like son. His dad was a classless boozer.

Today CNN will air a segment about prisoners serving life sentences for simple possession of small amounts of pot. Indiana has thousands of prisoners incarcerated for marijuana possession. When Irsay abuses prescription drugs, and drives, he does not spend time in jail. There is no trial. He is, apparently, free to drive impaired with open containers of pills and large sums of cash strewn about his car with relative impunity. Despite being arrested initially on a felony charge, his charges are ultimately reduced to misdemeanor with the assistance of a renowned lawyer. Where is the parity? When people are doing actual time in Marion County, and around the State for small possession, how is it fair that Irsay walks? The hallmark of a fair system is equal treatment. This is not the way it works in Indiana. Irsay has money and power. A bandwagon. Colts players out there on camera proclaiming that his punishment was fair. But his NFL sanctions more properly represent the seriousness of his offenses. I am not a lock them up and throw away the key guy. Nor am I a marijuana user. But do we really believe justice was meted out in Hamilton County. Because we could put a list of a thousand cases together in short order showing much more serious penalties in Marion County for similar offenses. Guys lives are ruined, they’re financially ruined, they spend years battling through the criminal justice system paying fines and attending classes for these types of offenses. Irsay got a three hundred dollar fine by the Hamlton County Judge. That’s rich man’s justice. Case closed. And people wonder why Indiana ethics and the Indiana justice system are ridiculed.

If "Jimmy The Pill Popper" had the presence of illegal drugs in his body, then why wasn't he charged with the more serious crime of Possession of Illegal Drugs? -This reeks of Special Treatment for the rich in Carmel!

I happened to see The Star's Big Stories on the front Page Today. Irsay's fine and suspension, plus the Simon Estate is up for sale. Colts and Pacers the biggest recipients of Welfare in Indiana.


The CIB will probably concoct a reason to buy the Simon Estate at list price. It will be some sort of Pacer Meet and Greet Operation Center.

Six wonderfully quiet weeks with no ramblings from this idiot. I am only sorry they didn't ban him for the season - that is what should have happened.