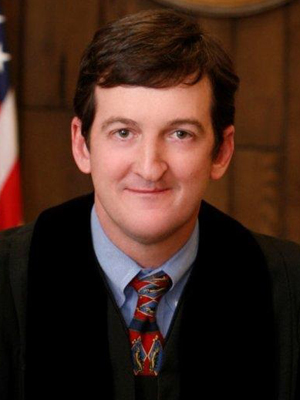 The Arkansas Supreme Court has ordered that a judge who leaked information about actress Charlize Theron's adoption in an online chat forum be permanently banned from holding judicial office in Arkansas again. That's a harsher penalty than the state's disciplinary commission recommended for Circuit Court Judge Mike Maggio, which recommended that he be suspended with pay until his term expired at the end of this year. The high court ordered his immediate removal from the bench with no possibility of ever holding a judicial office again. Otherwise, it appears he will be free to practice law.

Judge Maggio entered a chat forum for sports fans of Louisiana State University and posted information using the pseudonym, "geauxjudge," about Theron's adoption of a black child which had been administered by his court. Maggio also agreed to pay a $750 fine stemming from an ethics complaint about his receipt of improper campaign contributions. Some of his other online musings complained about women who withhold sex from their husbands, how people can beat drunk driving charges by refusing to cooperate with police and his desire to look at evidence photos of a cheerleader accused of having sex with a minor.
Posted by Gary R. Welsh at 7:11 AM