Playing To Hoosier Obsession With Sports 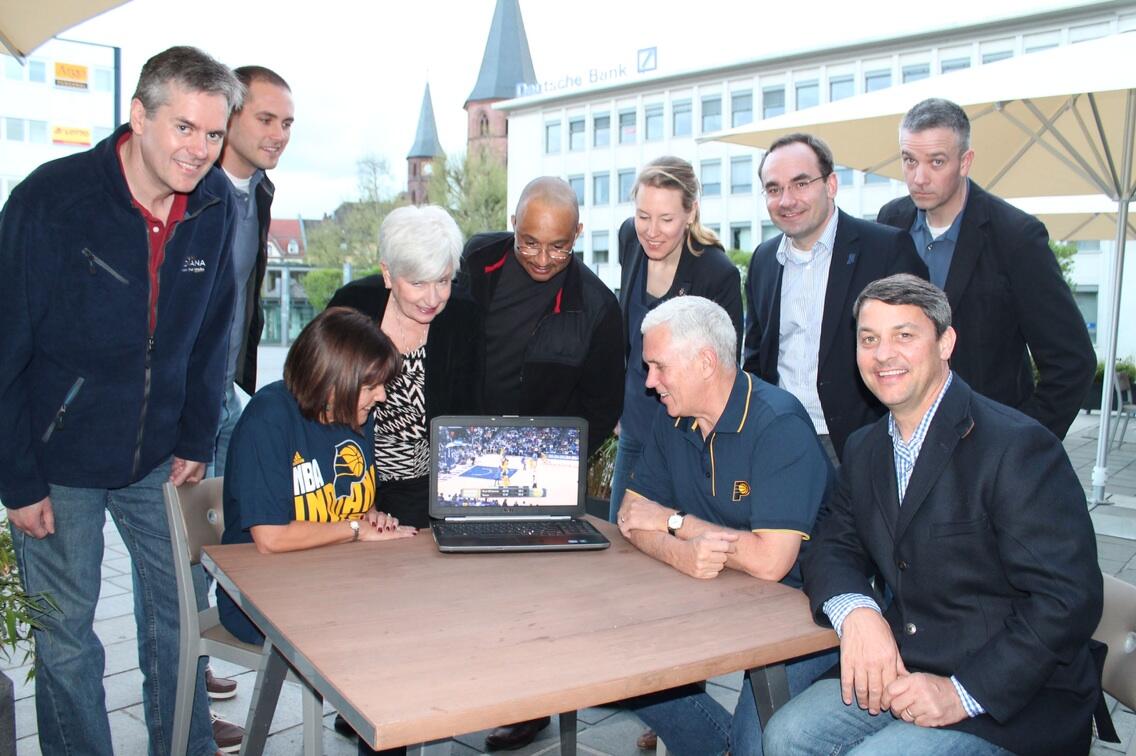 If the politicians have one thing figured out, it's that many Hoosiers care more about their sports than anything else in life, including their education, jobs and families. First Lady Karen Pence tweets a photo of Gov. Pence and others accompanying him on his latest overseas junket to Germany showing them watching an Indiana Pacers game as the Pences adorn their Pacers attire. "Cheering on the Pacers from Germany!" Karen tweets. To the conservatives throughout America who think Pence is potentially their right choice for president, take note of all the corporate welfare he favors at the expense of average, working taxpayers, including massive public subsidies to support the billionaire sports team owners. He could care less about the struggles of average Hoosiers, particularly the affordability of health care. He and his wife have been the beneficiaries of taxpayer-funded jobs and health insurance plans most of their adult lives.

Sports is great diversion for the politicians. Like a seasoned illusionist or magician the Politicians want you to look over here. Someone once said Religion is the opiate of the masses. It is not a stretch to say Sports is the Opiate of the masses today. The Mega-Media bombards us day and and night with sports.

I have to laugh in a gallows sense of humor way when I see people walking around with Colts and Pacers Jerseys. Do they ever look at the labels and see where they are made?? They are not made in the USA that is for sure. Yet, Professional Sports Teams wrap them selves all up in the Flag, and National Anthem to show their "Patriotism."

When I worked in a large office I would hear the Sports Fans discussing the Colts and Pacers and saying "we" need a better pass rusher or power forward. There is no "We" there is only "Me." That "Me" is the owner.

Government these days in some respects has become a money laundering operation. Tax dollars funneled into the hands of Crony-Capitalists, with a payoff in the form of Campaign Contributions or free tickets.

Those are my tax dollars at work...Which went up again this year...Especially Marion County...Ashamed by this State. And shame on everyone of these "Hoosiers..." Time for a change.

In today's Star, Lathrop was quoted "It's a timing issue" with respect to paying 9 million to license the scoreboard and sound system at BLF. The same scoreboard that the Pacers bought in 2012 for 16 million dollars and again quoting "city officials said it wouldn't play a role in the upcoming negotiations with the team."

So I guess in CIB speak timing just means "it's time to dole out more cash to the Pacers"...