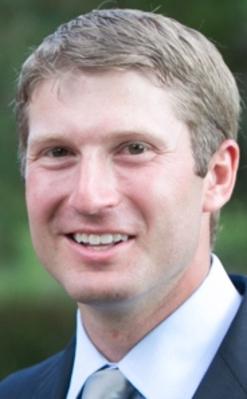 It has been almost a week since a 31-year old Carmel man, Michael Lanter, died from an apparent head injury he suffered when he was struck by another patron of the Chatterbox jazz club on Massachusetts Avenue in downtown Indianapolis. Police have still not identified the man who allegedly struck Lanter before he fell to the ground a very short time after entering the bar last Friday night, but a statement Lanter's family released to the media through their attorney indicates they believe he was the victim of an "unprovoked attack." The family's attorney, Ron Elberger, told the Indianapolis Star it was still premature to talk about civil litigation or potential criminal charges. “Right now it’s a matter of getting the trauma of the moment behind them,” Elberger said.

According to Lanter's obituary, he was a 2002 Carmel High School graduate where he played football and baseball. Carmel High School football coach John Hebert told The Star he had coached Lanter since he was about 12. "He was quick and tough and ran hard," Hebert said of the running back. Lanter graduated from IU's Kelly School of Business with honors before landing a job as a trader for Goldman Sachs in New York in 2007 after a short stint at ThinkEquity in San Francisco. In 2011, Lanter left Goldman Sachs to attend the University of Chicago's Booth School of Business where he earned an MBA. He briefly served as a consultant for Angelo, Gordon & Co. in New York before starting his own consulting company earlier this year.

News reports indicate that Lanter entered the Chatterbox shortly before midnight last Friday and initially argued with the bar's owner, David Andrichik, about paying a $7 cover charge before being admitted to the bar. The situation quickly escalated after bar personnel determined Lanter was too intoxicated to serve any alcohol. Lanter and another man at the bar got into a scuffle. The other man allegedly struck Lanter, causing him to fall and hit his head. By the time police arrived, the man involved in the altercation with Lanter had already left the bar. Police have since identified the man and interviewed him, although it's not clear yet what he told to police.

One rumor that has been circulating is that Lanter was actually struck by a member of the jazz band that was performing at the Chatterbox that night. The band was reportedly taking a break when Lanter arrived that night. According to that rumor, the band member was trying to be helpful to the bar's management after Lanter became upset about not being served alcohol. Earlier news reports indicated that Lanter lost his balance and fell after being struck by the other man in the neck area. Lanter was believed to have struck his head on the bar according to news reports, although another account Advance Indiana has heard says he struck his head on the edge of the raised stage where the band played.
Posted by Gary R. Welsh at 6:41 AM

"According to that rumor, the band member was trying to be helpful to the bar's management after Lanter became upset about not being served alcohol."

Hoosiers have a bad problem with this.

In a real state, when you bitch about service, other patrons either stay out of your business or they listen to see if you spotted an area where they are getting the shaft.

In Indiana, the weak and loser residents always take the side of the establishment in a dispute.

Hoosiers, stay out of disputes when you're in a store. It's none of your business. Keep your farm hick hatred of individuality to yourselves. Just because you never stand up for yourselves doesn't mean that everyone in the state is just like you.

Occasionally, someone from a real place with real self respect and a real desire for service will show up in Indiana and will demand real customer service. Watch that person, and learn how to make yourselves better.

Hoosiers have a really bad problem keeping their mouths shut about things that don't concern them.

If that band member backed the establishment in a dispute but killed a guy doing it, it explains why worthless Curry hasn't brought charges. In Indiana, everyone is a cop deputized to kill anyone who ever challenges a business. Charging a meddling patron or band member who took the side of a corporation goes against the Hoosier Way.

In a real city, when someone steps in where they don't belong, it's unheard of, and you just gave the angry customer full permission to take everything out on you.

Anonymous 7:54 AM, this is exactly the type of non-involved thinking that led to the extermination of millions of Jews. Keep your mouth shut and your eyes on your own business. If the unknown person was defending himself or another from Mr. Lanter then this was a tragic accident. Regardless, it does not sound like this was a premeditated incident. In fact, given the circumstances, at this time, it does not even sound reckless.

So, Anonymous, go ahead and crawl back under your rock and watch the world go by.

So, apparently his being kicked out of another Mass Ave bar for being wasted and belligerent right before the Chatterbox incident, was completely unprovoked too?

Anon. 9:12, That's the first I've heard that mentioned. What bar was he supposedly kicked out of before he went to the Chatterbox?

anon 7:54 - you were not there and you are saying that it was only bitching about the service and strangers overreacted? I would tend to go with the witnesses on this one.

A drunken spoiled brat with entitlement issues? Could be.


Appears to be a death by misadventure and one brought upon by the deceased himself.

Anon 9:12 here. Let's just say that the bar is one of the oldest institutions on Mass Ave, and this info came from an employee who stated they were there that night. I don't want to put this place in the litigious sights of this POS family of enablers any more than I have to.

Loser Hoosiers like Veracity and Indy Rob are running into risky territory.

If you go messing where it don't concern you, you just bought everything someone wants to deal you. Keep your mouth shut.

Veracity, trying to compare bitching out bad Hoosier service to Nazis earns you a very loud and public "f-off" right in front of your wife or whoever you're with. What a loser you are.

Keep your mouth shut when people who know more than you are letting someone have it. Maybe start demanding better service, then Indy won't suck so badly.

9:40, you're typical Hoosier scum. So what if someone is bitching everyone out. You call that guy a cab, or you ignore him. You don't kill him. You're the kind of loser who gives jets' fans brain damage and kills Bears fans. Grow up.

Hoosiers are bitter angry little wimps. You see it in their wimpy and terrified driving. They always want to get out of the car to settle something, because they can't ever win behind the wheel.

This is murder, and Curry needs to bring a murder charge. Whoever killed Lanter needs the death penalty, right now.

Indiana needs to grow up.

File murder charges, Curry. if you don't, you are risking wholesale disregard for the Rule of Law. If people can get killed for customer-service disputes, and if you won't do anything about it, people are going to get your message and impose their own retribution.

Impose their own retribution?


The only losers here are the drunken lout and his apologist.


Frankly,if the contributions from the nasty and arrogant poster are indicative of the clan and behavior of the deceased,it's no wonder there was a confrontation.


Btw,loutish behavior isn't something to be considered a virtue. In person or online. I'm sure it is in the circles of the poster. They are special. They are unique. Ergo, they're entitled.

If the deceased was 1/4th as insufferable as his apologist....

I see the error of my ways. I now understand that Indiana is somehow different from other states in that other patrons/staff butt in.

And I realize that i was wrong for suggesting that the actual witnesses may know more about what occurred (around midnight in a bar involving a drunken patron) than some anonymous internet poster.

Just let the police and prosecutors do their work.

Obviously Anon 7:45 is a troll who does not merit a response and just gets off on our attention.

Anon 7:45 could use his words better, but his worldview meshes with mine. I haven't lived here my whole life and the willingness that some of you folks have to conform and the self-loathing that results is bizarre to me. I've never lived among so many robot people who just do whatever they're told. The guy who commented about the Nazis will be the first to board the air conditioned coach (boxcar) to go to the, uh, country club when Mayor Greg or whoever's in charge on that day tells him to. And I know, don't you dare ever say anything negative about this wonderful city because, like, somebody might find out. Trust me. Everyone who matters already knows. Go Colts!

Trolls? Nope. The folks with the genuine myopic worldview are just simply impotent milksops. They're probably angry because a Hoosier neglected to leave a tip on the dresser or perhaps they're having a sad because of their mandatory transfer to Indiana.

Hey,speaking of REAL states,where was it that Jaco Pastorious was slain?


New York has had its shameful moments as well; Kitty Genovese.

Come to think of it,I believe Pennsylvania is REAL state. From the comments by those angry impotent milksops,It's my belief they ascribe to the tenets used by Mike McQueary. Yes,gosh darn them Hoosier wimps. Nothing exudes urbane behavior and masculinity as those demonstrated by Mike McQueary when he witnessed Jerry Sandusky in the shower with a little boy. McQueary did what any urbane,virile and masculine man would have done. Run away and call his daddy!

What's wrong with you? Picture this man was your loved one. Plus if not guilty the bar that is, why so angry? Your words speak so loud!