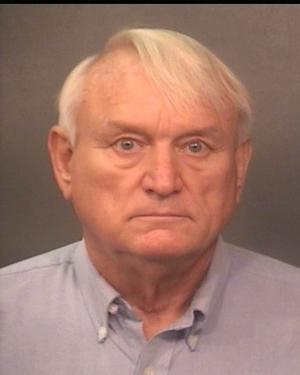 A long-running investigation of illegal poker operations in Vigo County by Indiana State Police and Indiana Gaming Commission investigators has ensnared the former top investigator and long-time confidante of Vigo County Prosecutor Terry Modisett (R). James Counterman, 71, has been charged with six felony counts for his involvement in an illegal gambling ring according to WTHI-TV. The charges include three counts of inducing an individual to commit illegal gambling and three counts of official misconduct.

The investigation was believed to have concluded in November, 2013 when 19 individuals were arrested and charged with various charges related to illegal gambling. Social media posts lit up at the time with accusations that Modisett's lead investigator was a central player in the illegal gambling racket questioning why he had not faced charges along with others. Modisett fired Counterman last December after learning of his involvement in the investigation. Counterman had worked for Modisett for seven years.

According to WTHI-TV, Indiana Gaming Commission investigators were first tipped off in 2009 that Counterman was involved in illegal gambling. Counterman allegedly offered protection to operators of illegal poker games from prosecution in exchange for campaign contributions to Modisett's campaign committee. The confidential informant claimed it was well known in gambling circles that Counterman had the pull in the prosecutor's office to protect people from prosecution. According to a probable cause affidavit, three persons admitted they made campaign contributions to Modisett for protection from prosecution.

The Gaming Commission's lead investigator, Larry Rollins, said investigators found no evidence to substantiate Modisett's knowledge of the representations being made by Counterman, although he said the investigation is ongoing. Persons with information relevant to the investigation are urged to come forward. The prosecution is being handled by a special prosecutor, Nina Alexander of Vermillion County. Judge David Bolk recused himself from the case after it was assigned to his court. Counterman's indictment is not likely to have any immediate political repercussions for Modisett since Democratic party leaders didn't bother to field a candidate against him. The Vigo County Democratic Chairman, Joe Etling, is also a prominent criminal defense attorney who often defends clients charged by Modisett's office.
Posted by Gary R. Welsh at 4:46 PM