The bombing suspects' father, who is currently in Russia, says he believes his two sons have been framed. Their aunt, who lives in Toronto, Canada and has a law degree, is inclined to believe they were framed without seeing evidence of their guilt based on her own experience growing up in Chechyna where she says the Russian government regularly framed her people for crimes they didn't commit. 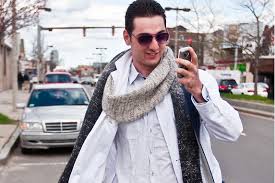 We also learn that officials of an unnamed country had asked the FBI to check out Tamerlan Tsarnaev because of their concerned that he possibly had “extremist ties according to Fox News. Tamerlan spent six months in Russia last year. FBI officials tell Fox News that they gave Tamerlan a "full scrubbing" and found nothing. “[Not] in any way, shape or form,” said the official, who added that the FBI closed the case as a result.


UPDATE: Here's an interview with the suspects' mother. She claims her older son had been under surveillance by the FBI for several years and were aware of virtually everything he was doing. She claims the FBI visited him to speak to her about him. She says the FBI had told her that her son was "an excellent boy" at the same time they suggested to her that they harbored suspicions about him because of his role as a leader and his views on Islam. She says the FBI told her that they were counseling her son for his own good. She, too, claims her sons are being framed.


There is an uncle in Manassas, Virginia, a stone's throw from our nation's capital, who has nothing good to say about his nephews. He spoke to reporters yesterday with government handlers at his back. From the Washington Post:


“Dzhokhar, if you’re alive, turn yourself in and ask for forgiveness from the victims, from the injured and from those who left, ask forgiveness from these people,” Ruslan Tsarni said. “He put a shame on our family, [the] Tsarni family. He put a shame on the entire Chechen ethnicity. Because everyone now, they play with the word, Chechen, so they put that shame on the entire ethnicity.”

Ruslan Tsarni spoke for nine minutes. He wore a blue polo shirt, jeans and flip-flop sandals — evidence, it seemed, of how normally his day had begun.

As he spoke, reporters kept trying to edge closer, making sure their equipment was getting it all. This wasn’t a quick “No comment” or a closed door. It wasn’t reporters going door-to-door to talk about the person they were seeking. This was an uncle, right in front of everyone, not mincing his words . . .

As he spoke, law enforcement officers stood behind him. Some were in plain clothes and had been inside his home, apparently federal agents who had talked to him about his family. Others were uniformed officers from Montgomery County who had helped keep reporters from knocking on Tsarni’s door. At some point, one of the plainclothes agents made a motion that it was time to cut Tsarni off. The officers tapped his back and led him back into his house.

Yeah, they wisked him away before any reporter could ask Uncle Ruslan what he does for a living. What do you want to bet that he's an intelligent asset of an agency of the federal government?

you still think this was a fake flag opo you right wing wack job?

Heaven knows how badly we need an alternative to the corporate/communist/government media we have, Gary, and thanks so much for all the time and critical details you are providing us re the Boston Bombing. Thank goodness for the internet.

When interviewed by RT today, the articulate mother of the Tsarnaevs said that for a few years, one of her sons had a close connection with the FBI, who also had been contacting her in the past. She deserves to be heard.

Also worth studying is Tony Cartalucci's article, "'Contractors' at Boston Marathon Stood Near Bomb, Left Before Detonation" found at landdestroyer.blogspot. People need to wean themselves away from the boob tube.

More than 58,000 American soldiers lost their lives fighting an undeclared war in Vietnam based on a proven false flag operation at the Gulf of Tonkin. Our government fabricated evidence that Iraq possessed weapons of mass destruction as an excuse to go to war there. Our government originally armed and aided Bin Laden to fight the Russians in Afghanistan. Its arming the same terrorist group we then blamed 9/11for to topple the government in Libya and are now arming to topple the government in Syria. Any American who doesn't question the government narrative and demand evidence does so at the risk of their country, their liberty and lives of their fellow citizens. Are you an attorney, Mr. Denton? Do you not believe in innocence until proven guilty beyond a reasonable doubt? Do you believe its acceptable that our president has authorized drone strikes on foreign soil in countries we have not declared war against based on unspecified evidence a person may pose a terrorist threat that have resulted in the death of thousands of civilians, including American citizens? Some of us still believe in the Constitution, Mr. Denton. It's frightening that people like yourself can only respond to those who demand answers by calling them a "right wing wack job" or conspiracy theorist.