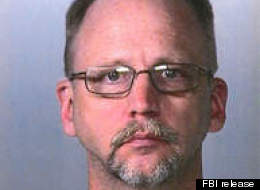 Leaked National Security Details About Underwear Bomber Case
It seemed rather odd when news broke last year that a highly-regarded FBI agent from Carmel who worked on some of the biggest terrorist cases before his retirement got busted by the feds for possessing and distributing child pornography. It turns out that Donald Sachtleban was also under investigation for leaking national security information to an AP reporter on the so-called underwear bomber attempt to blow up a trans-Atlantic flight. Sachtleban has agreed to plead guilty to unlawfully disclosing national security information, in addition to the child pornography charges according to the Indianapolis Star.


Nine days before those charges were filed, on about May 1, 2012, prosecutors allege Sachtleben gave up national defense information to the Associated Press regarding the thwarting of an al-Qaida underwear bomb plot in April 2012, when a Yemen-based group planned to bomb a U.S.-bound airliner in the Arabian Peninsula.

The AP published the story about the failed plot on May 7, 2012. The White House confirmed the story after it was published, though according to media reports, the Obama administration requested that AP withhold the story until a press conference on May 8, 2012.

Many First Amendment advocates were outraged when it was revealed earlier this year that the Obama Justice Department had ordered the seizure of phone records exchanged by reporters working for the AP. It turns out that Sachtleban's leak of that information is what triggered the extraordinary seizure of reporters' phone records by the Justice Department where they discovered Sachtleben's phone call exchange with a reporter.


In May of this year, it was revealed that the Justice Department seized phone records from AP reporters and editors — a surprising move that led to outcry from AP officials and First Amendment advocates.

The seized records were from AP offices across the Eastern seaboard during April and May 2012, the AP said. US Attorney General Eric Holder defended the seizures once they were publicized, saying the leak "put the American people at risk." Holder also recused himself from the investigation, saying he had talked to the FBI about a potential leak and didn’t want to represent a conflict of interest.

The charging documents reveal few details about some of the classified CIA intelligence reports Sachtleben was keeping, though the documents allege the report was dated Nov. 2, 2006. The information on that CD remains classified.

Sachtleban has agreed to a 12-year prison sentence deal. Only 46 months of the 12-year term is attributable to the national security charge; the balance of the time is for the child pornography charges.

UPDATE: The New York Times provides a great deal more information than the Star article. There really was no harm caused by Sachtleben's leak because, like virtually all other terrorist attacks, our own double agent was the one who was supposed to carry out the attack.


On May 7, 2012, The A.P. broke the news that the bomb plot had been disrupted, setting off further disclosures.

That evening, Richard A. Clarke, a former Clinton administration national security official who had been briefed on the case by John O. Brennan, then the top White House counterterrorism official and now the C.I.A. director, said the plot never came close to being carried out because it was under “insider control” by intelligence officials.

Soon, The Los Angeles Times, The New York Times and other news organizations reported that the would-be suicide bomber in the operation had been a double agent . . .

The Justice Department said the phone records had proved crucial in identifying Mr. Sachtleben as a suspect. And, in a bizarre coincidence, investigators then discovered that other law enforcement officials had already seized his computer and other electronic materials as part of an unrelated child pornography investigation.

AP has a much too cozy relationship with OBAMA; and HOLDER has proven himself completely untrustworthy. The VidRebel.wordpress report of today, with which I totally agree:

"Politicians Are Lying. But You Need to Tell Them You Know They Are Lying." It begins:

"You need to make it impossible for the politicians and the chattering class to turn around without being told they are lying. This is about the only means available to us to stop them from causing another Depression, stealing all of our money, getting us killed in a war, and destroying the earth.

Politicians need our consent to do anything. We live at a time when politicians and the media whores can quite literally send us all off a cliff to our destruction. Elections mean NOTHING because the media frames the debates, and the politicians count the votes..."