Curry Picks A Face From The Past For Chief Deputy 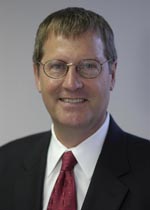 
Curry states, "Judge Rimstidt is exceptionally qualified to serve as my Chief Trial Deputy. He has the experience and temperament needed to begin the process of restoring honor and integrity back to the Marion County Prosecutor's Office. He has a diverse background involving complex litigation matters and will be an invaluable asset not only to the Office but to all of the citizens of Marion County as we hit the ground running on January 1st to make Indianapolis a safer place to live, work and raise a family."

Rimstidt has 37 years of legal experience. His diverse background includes participation in over 100 jury trials serving as both litigator and judge. He is the former judge of Marion County Superior Court, Civil Division 5. He is a founding partner in the Alternative Dispute Resolution firm of Van Winkle*Baten*Rimstidt from which he is taking a leave of absence. Coincidentally, Judge Rimstidt is returning to the position of Chief Trial Deputy that he held from 1977 to 1979.

If you're a regular reader of this blog, Rimstidt's name will sound familiar. He made an appearance in one of my posts discussing Dick Cady's new book, "Deadline: Indianapolis." Cady's book discusses a triple homicide involving three gay men who worked at a local gay bar and who disappeared after attending a pre-dawn party and were later found shot to death in a field up in Hamilton County. The deaths took on interesting intrigue because the Marion County prosecutor at the time (1975-79), James Kelley, had attended the same party shortly before the men disappeared. Cady recounts in his book how Myrta Pulliam led him to a young gay man who knew the murdered men and how he was caught between the powerful forces of the Indianapolis Police Department, which disliked Kelley, and the prosecutor's office run by Kelley. The story was more intriguing to Cady because Myrta Pulliam was dating Kelley's chief deputy at the time, David Rimstidt. To make a long story short, Kelley's connection to the party where the three men had last been seen alive was enough to sink him politically, although there was no indication Kelley had anything to do with their deaths. Cady's book also discusses "some very interesting stories" he heard from the bailiff for Kelley's grand jury, Joe Miller. As Cady notes, Miller had earned a reputation for selling marijuana and poppers back in those days. Miller, who went on to become extremely wealthy as the world's largest manufacturer of poppers, recently committed suicide and his business that manufactured poppers was closed after allegedly being raided by federal authorities. It's a small world, isn't it?
Posted by Gary R. Welsh at 8:04 AM

What a great choice on the part of Prosecutor-elect Curry, and how good of the very honorable Rimstidt to accept. What a difference an election can make.

I think Curry should pick Monroe Gray to be his Gambling Liason to those engaged in unlawful gambling....and he can name Monroe to the new position of Ghost Employment Liason to attend Criminal Court trials of Democrats while on the county payroll in a make-work, do-nothing job....