Another Ex-Terrorist Lands Job At University Of Illinois 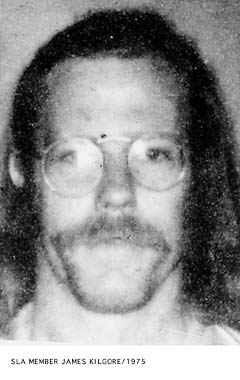 The truth of the identities of the so-called terrorists of the 1960s and 1970s slowly but surely come to public light after they emerge from hiding and join the faculty of the University of Illinois. So it was with former Weather Underground terrorist Bill Ayers, who pretended to be a radical terrorist while likely in the employ of the CIA as an agent provocateur infiltrating and radicalizing the anti-Vietnam War movement in an effort to curb Americans' growing agitation and opposition to the undeclared war that claimed the lives of tens of thousands of American soldiers.

Ayers, the son of Tom Ayers, former Commonwealth Edison CEO and board member of major defense contractor General Dynamics, emerged from the shadows, along with his wife Benardine Dohrn, after a botched investigation by the FBI tainted evidence that assured they would not be prosecuted for committing terrorist bombings against public institutions. Ayers landed a job as a professor of education at the University of Illinois-Chicago. His wife, an attorney, landed a job at the powerful Sidley & Austin law firm in Chicago, the same law firm where Michelle and Barack Obama would later meet and begin dating. Bill and Bernardine would host the first fundraiser in their home to launch the political career of Obama as a candidate for state senate.

We now learn that another terrorist of the 1970s, James Kilgore, a former member of the Symbionese Liberation Army ("SLA"), has joined the faculty of the University of Illinois-Champaign as a research scholar for the university's Center for African-American studies. The Marathon Pundit quotes from a story in this weekend's edition of the Champaign News-Gazette:


UI officials were not interested in discussing the issue. Publicists for both UI President Robert Easter and Chancellor Phyllis Wise said neither had any comment about Kilgore.

But internal UI documents obtained by The News-Gazette through open records requests indicate that officials were aware of Kilgore's criminal history when he was hired. And even if they hadn't known, Kilgore's cleverly crafted resume includes references that might have raised concerns.

One footnote states: "All degrees at Deakin (University in Australia) granted under the name Charles Pape." (Kilgore obtained the alias from the death certificate of a child in the state of Washington).

Did you catch that footnote? Kilgore obtained his degrees from Deakin University in Australia using the alias, Charles Pape. He used that alias after finding a death certificate for a child born in the state of Washington where young Barack and his mother, Ann Dunham, spent the first two years of his life while she was studying in Seattle at the University of Washington. Bill Ayers once boasted about how good he was at forging birth certificates for members of the Weather Underground so they could get passports and social security numbers using aliases, which is precisely what Kilgore did back in the 1970s while he was on the lam for his role in an armed bank robbery in Carmichael, California that left  one woman dead. It's hard to believe that Kilgore didn't receive assistance from people within the State Department in obtaining a phony passport by using a dead infant child's birth certificate.

Kilgore, the son of a successful California businessman, earned a degree in economics from the University of California-Santa Barbara, where he met Kathleen Soliah, an honors student and member of the Young Republicans. According to the tale, the two lovers moved to Berkeley together and joined a commune after a radical transformation in their political beliefs. Soliah and Kilgore joined the SLA, which was responsible for the kidnapping of Hearst media heiress, Patty Hearst. Four SLA members, including Soliah, Kilgore and Bill and Emily Harris, along with the brainwashed Hearst, held up the Crocker National Bank on April 28, 1975. Emily accidentally discharged a shotgun she held, killing 42-year-old Myrna Opsahl, who was depositing her church's collection money at the time of the robbery.

Emily Harris, daughter of a wealthy Illinois consulting engineer, had met Bill Harris at Indiana University in Bloomington where she studied at the College of Foreign Affairs. Interestingly, Bill Harris and another SLA member, Angela Atwood, worked with the Indiana State Police setting up drug arrests before they all headed out to California and joined the SLA according to SLA researcher Mae Brussell, who pretty convincingly proved the SLA was run by the CIA. [Note: Indiana University in Bloomington has been a hot bed for CIA recruitment for decades. Former CIA Director Robert Gates admits that he was recruited into the CIA while earning his master's degree there in the 1960s. Former U.S. Rep. Lee Hamilton, a former 911 commission member, is now acting as an external advisor to the CIA while serving as director of the Center on Congress at IU, as well as a host of other foreign policy-related NGOs filled with CIA operatives.]

James and Kathy fled California and headed to Minneapolis, while their fellow SLA co-conspirators, were arrested. James and Kathy split up, and James headed to Seattle using the alias John Robinson. According to The Guardian's Gavin Evans, who wrote about Kilgore's 27 years on the run as one of the FBI's most wanted terrorists, Kilgore while in Seattle acquired the birth certificate of a 10-month old infant, Charles William Pape, and used it to obtain a U.S. passport. From there, Kilgore traveled to Australia where he began a new academic career under his new alias. According to Evans, Kilgore's professors began to suspect he worked for the CIA:


By then Pape had discovered the pitfalls of appearing too exceptional. His lecturers in Melbourne had noticed he was far too sophisticated, accomplished and well-dressed for an undergraduate. One of them, Dr David Dorward, says Pape's work was so advanced that they began to suspect he might be a CIA agent. 'He was also very articulate, intelligent and friendly, and the young ladies liked him,' he adds.

From Australia, Kilgore fled to South Africa after spending time in Rhodesia (Zimbabwe) where he eventually became co-director of the University of Cape Town's International Labour Resource and Information Group. Soliah found her way to Rhodesia as well where she hung out for awhile before returning to the U.S. under the alias, Sarah Olson, living in Minneapolis where she married a doctor. In South Africa, Kilgore met an African-American Brown University graduate, Theresa Barnes, who he married and with whom he had two sons. The feds eventually caught up with him in South Africa in 2002 after capturing Soliah and other SLA members on the run in 1999. Kilgore was initially released by a magistrate in South Africa after American authorities failed to file the necessary paperwork for his extradition. When he was brought back to the U.S. in 2002, federal officials learned that he had returned to the U.S. on at least three previous occasions using his alias. Kilgore pleaded guilty to second degree murder and received a six-year sentence. He was released from prison in 2009.

Now that Kilgore has been discovered as a member of the University of Illinois' faculty, he has declined a request by the local newspaper for an interview. John Ruberry, an Illinois graduate, is not at all pleased by his alma mater's decision to hire Kilgore. The university won't be receiving any donations from him other than the taxes he pays to the government. "Is Kilgore an unrepentant terrorist?" he asks. Ruberry adds at Marathon Blog the account of Patty Hearst in her book about her time with the SLA where she describes Kilgore's shoplifting excursions and thefts. It's unfortunate that more people don't connect the obvious dots that explain how persons from well-respected and influential families like Ayers and Kilgore can easily transition to the role of radical terrorists and back into civilized society in respected roles without showing any repentance, let alone receiving the justice they deserved for the crimes they committed. If they did, they would understand why the United States has a Patriot Act and a full-blown police state that's beginning to rival Nazi Germany.
Posted by Gary R. Welsh at 12:51 PM

While you might be able to make a marginal case for some of your allegatons, your wild speculation about, for instance, ongoing supposed CIA involvement quickly exposes these notions as lunacy.