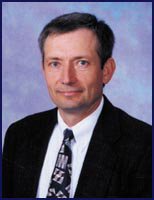 Just hours after a House committee approved an anti-immigrant bill, HB 1383, in committee aimed at discriminating against Indiana's growing Hispanic population, Rep. Jeff Thompson (R-Danville) attempted to amend a bill, HB 1010, on second reading in the Republican-controlled House to prohibit local communities in Indiana from adopting local ordinances that offered more protections than federal or state laws. If adopted, it would nullify the HRO adopted by Indianapolis and similar ordinances around the state intended to bar discrimination on the basis of sexual orientation and gender identity.

The move led to a chaotic atmospere according to the Star, and it prompted House Speaker Brian Bosma to adjourn the session prematurely. Thompson's amendment, by his own admission , was aimed directly at the Human Rights Ordinance adopted just last year by Indianapolis, which prohibits discrimination on the basis of sexual orientation and gender identity, neither of which are specifically protected by federal and state civil rights laws. Thompson offered the amendment to a bill pertaining to eminent domain, causing House Democrats to procedurally object to an amendment not pertaining to the same subject matter as the underlying bill. Speaker Pro Tem Eric Turner, who sponsored the anti-immigrant bill approved in committee earlier in the day, ruled the amendment in order.

Surprisingly, even some Republicans were miffed over the proposed amendment. The ensuing chaos brought the House's business to a halt. Thompson feigned the true intentions of his bill under questioning by House members:

While being quizzed about the bill at the podium, Thompson said he knew that some local ordinances in Indiana went further than the anti-discrimination protections provided by federal law or the federal or state constitutions. But he would not specify cities or the classes of people that could not be covered under his measure . . . Rep. Matt Pierce, D-Bloomington, said the only ordinances in Indiana he knew of that would be prevented by Thompson's bill were ones that also included protections based on sexual orientation or preference. Bloomington, Fort Wayne, Michigan City and West Lafayette have ordinances similar to the one recently passed in Indianapolis. "I can't speak to his motivation, but I thought it was odd that he couldn't point to a specific ordinance that he was trying to get overturned, so it made you wonder what he was trying to get at," Pierce said.

Thompson was more forthcoming to reporters. He told them he opposed Indianapolis' HRO because it was close to his suburban Danville community. "It's a philosophy of do we allow local governments to go in and intrude on private property and put restrictions on them," he said. "To me a restriction is just as bad as taking (under eminent domain), in some cases worse."

Thompson's refusal to withdraw his amendment angered many members according to the Star:

But some Republicans seemed miffed over the proposal, too, and business remained stalled for about 30 minutes as GOP lawmakers huddled privately trying to decide how to proceed. Debate eventually resumed, but after a few lawmakers railed against the measure, House Speaker Brian Bosma adjourned the session for the evening.

The House will resume business tomorrow where it left off. Let's hope House Speaker Bosma figures out that the anti-gay agenda of his caucus has gone too far. Clearly, Thompson's amendment would be struck down as unconstitutional by the standard adopted by the Supreme Court in the Romer decision. In that case, the Court struck down a Colorado statute which prevented local governments from adopting anti-discrimination laws for Coloradoans based on sexual orientation as a violation of the Equal Protection Clause.

So who's behind Thompson's amendment? It appears it was offered at the urging of the Grand Dragon of Moral Righteousness Eric Miller and his gay bashing organization, Advance America. Passage of the the eminent domain reforms containd in HB 1010 are listed as one of the organization's top priorities for this session. Thompson, who is closely allied with Miller and Advance America, would not have offered the amendment without the blessings of the Grand Dragon.

Miller and his gay bashing group fought tooth and nail, along with other Christian hate groups, to defeat Indianapolis' Human Rights Ordinance. These same people now seek to undo by state fiat what they could not accomplish through the local political process. So much for the local control these folks are always advocating. But then again it is hard to find a bigger hypocrite than the Grand Dragon himself so we shouldn't be surprised.
Posted by Gary R. Welsh at 8:54 PM

Unbelievable. God, I am so looking forward to voting this year.

Thanks for posting about this! Good work!

You can take action on this bill at the Indiana Equality's website: Proposal Would Make Illegal Local LGBT Non-Discrimination Policies

I would look forward to voting, but sadly this guy is my representative and is running unopposed. Sigh.