Crawfordsville Mayor On Harassment Charges: Can't We Keep It Private? 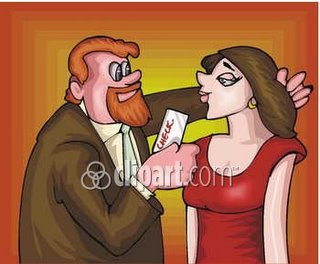 Mayor John Zumer (D) of Crawfordsville is facing charges of sexual harassment from his former administrative assistant, 29 year-old Summar Keesee. The former assistant in a tort claim notice to the city says Zumer fired her after the spurned his sexual advances according to the Star, which has Zumer's reaction to the claim:

Mayor John Zumer, in a prepared statement, denies Keesee's allegations and said that "the facts and the law are on my side." "I intend to defend myself vigorously against her accusations, but sadly, this is one of those instances where no one wins," Zumer said . . . "I'm mystified why some people feel the need to take it to such a public measure," he added. "So, short of sensationalism or character assassination, I don't know the logic of going public when the issue can be handled in private."

Mr. Mayor, excuse me, but the public has every right to know about a legal claim for which the taxpayers might get stuck footing the bill. If the facts and law are on your side as you claim, then you needn't worry. But he must have had some concern about the impact of the suit when he decided just two weeks ago not to seek re-election. The Star reports, "Zumer announced two weeks ago that he would not seek re-election for personal reasons. When asked Friday if his decision had been related to the possible lawsuit, Zumer said: 'I wouldn't go so far as to say that.'"

The Star said of Keesee's claim, "The tort claim alleges that Zumer told her she could no longer work for him or the city if she did not respond to his sexual advances. It also alleges that Zumer did not allow her to take time off to which she was entitled when her 10-year-old son was hospitalized."
Posted by Gary R. Welsh at 7:52 PM